“This is the piece that I need to make for SF Ballet.”

Cathy Marston’s Mrs. Robinson is part of SF Ballet’s 2021 Season. It will be performed as part of Program 03, running February 16–21.

Choreographer Cathy Marston was reminded of Charles Webb’s novel The Graduate—on which the 1967 film is based—while browsing in a bookstore in the summer of 2018. Her ballet Snowblind had recently premiered at San Francisco Ballet and her mind quickly flitted to dancers who could embody the central characters of Mrs. Robinson and Benjamin. Glancing at the book jacket, she learned that the book had been written in San Francisco, and something clicked. “I immediately thought—this is it,” says Marston. “This is the piece that I need to make for San Francisco Ballet.”

Marston has become known for her skill in re-envisioning literary works through dance; in addition to her Jane Eyre, which premiered at Northern Ballet in 2016, she’s drawn inspiration from Wuthering Heights, A Tale of Two Cities,Lady Chatterley’s Lover, Dangerous Liaisons, Lolita, and, for SF Ballet’s 2018 Unbound festival, Ethan Frome. In choosing source material, she is often drawn to complex female protagonists such as Mrs. Robinson. “I like characters that aren’t straightforward,” she says. “I like stories where you can’t say who’s the good one and who’s the bad one, who’s guilty and who’s innocent.”

The character of Mrs. Robinson is so embedded in American pop culture that calling someone a “Mrs. Robinson” conjures an immediate mental picture: a sophisticated, cool, calculating older woman who seduces a younger man. But who really is Mrs. Robinson? “In the film, Anne Bancroft is impenetrable,” says Marston. “And that’s genius, because it means you project your own feelings onto hers. I suppose that was the inspiration for the ballet. I wanted to get underneath the surface and find out why Mrs. Robinson is as she is, why she does the things that she does, and make specific choices based on those answers.”

The characters of The Graduate walk a tightrope between the buttoned-up world of post-war American values and a just-emerging youth counterculture. In researching America in the 1960s, Marston realized that Betty Friedan’s The Feminine Mystique was written the same year as The Graduate. Friedan’s watershed book introduced “the problem that has no name”—the widespread unhappiness of housewives expected to focus exclusively on cultivating domestic perfection. That Mrs. Robinson herself has no name other than her husband’s was not lost on Marston, and the correlation of the timing of the publication of the two books gave her an idea. “Wouldn’t it be lovely to rehabilitate Mrs. Robinson, so her destiny is not one of the lonely alcoholic? To give her a chance to have a new life, like some of the women of that era went on to find?”

Marston has a tried-and-true method of creating narrative works, one that involves significant planning long before she arrives in the studio to work with dancers. Since 2002, she has worked with dramaturg Edward Kemp, director of the Royal Academy of Dramatic Arts, to map out the stories she creates onstage. It’s a rare collaboration in the dance field. “When I met Ed, he had systems that you don’t learn about in dance, in terms of structures, hooks, and just a sense of pacing and timing,” says Marston. 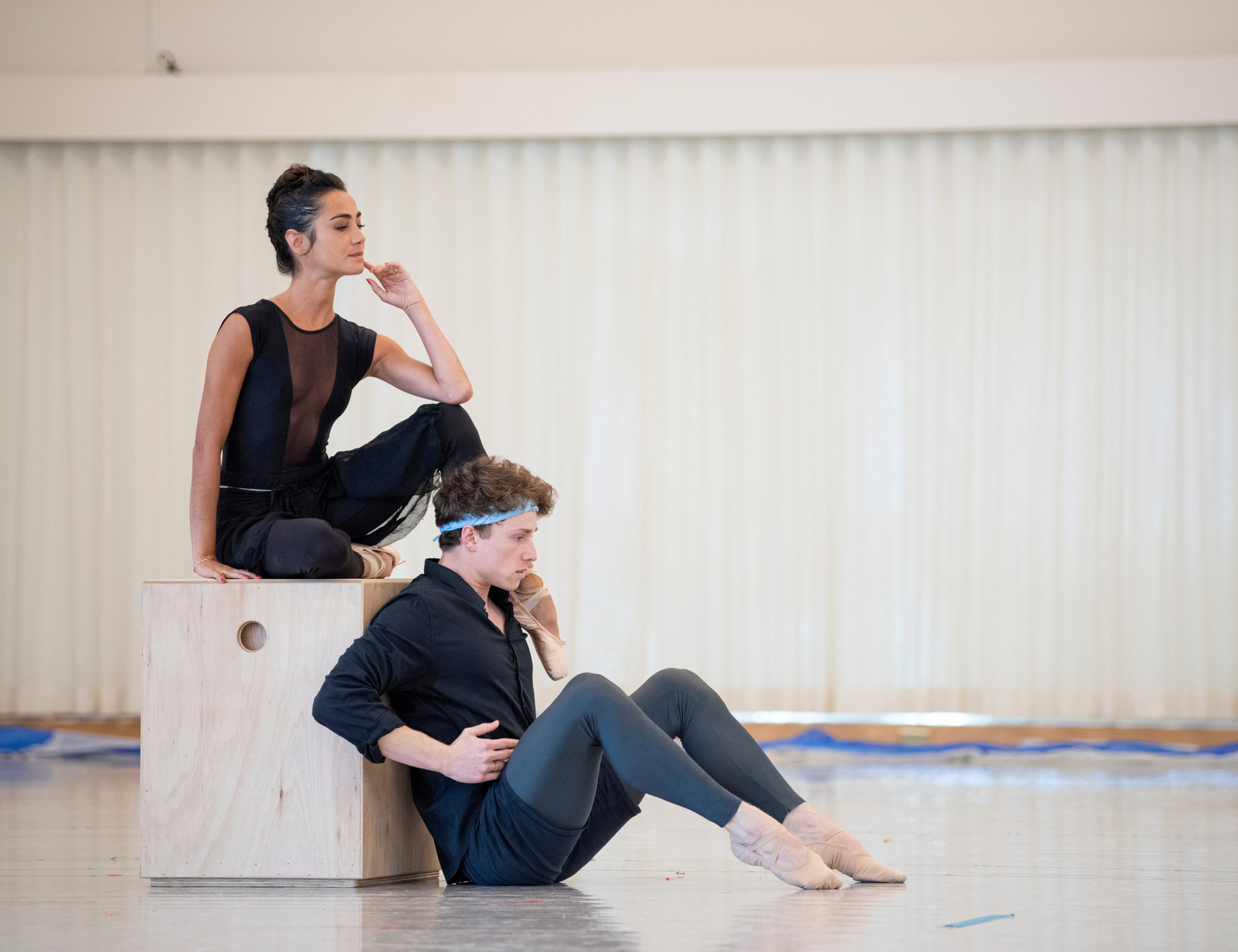 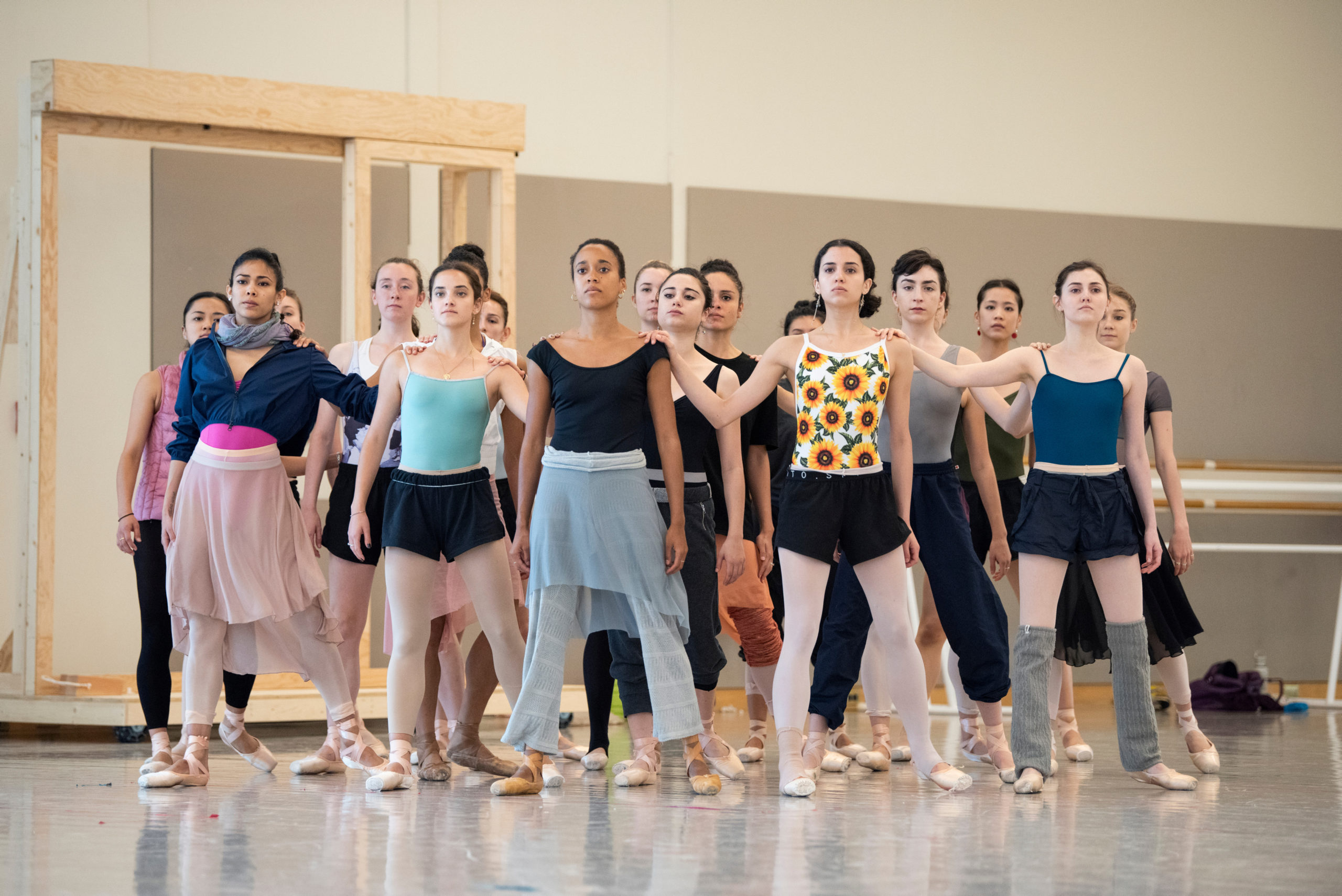 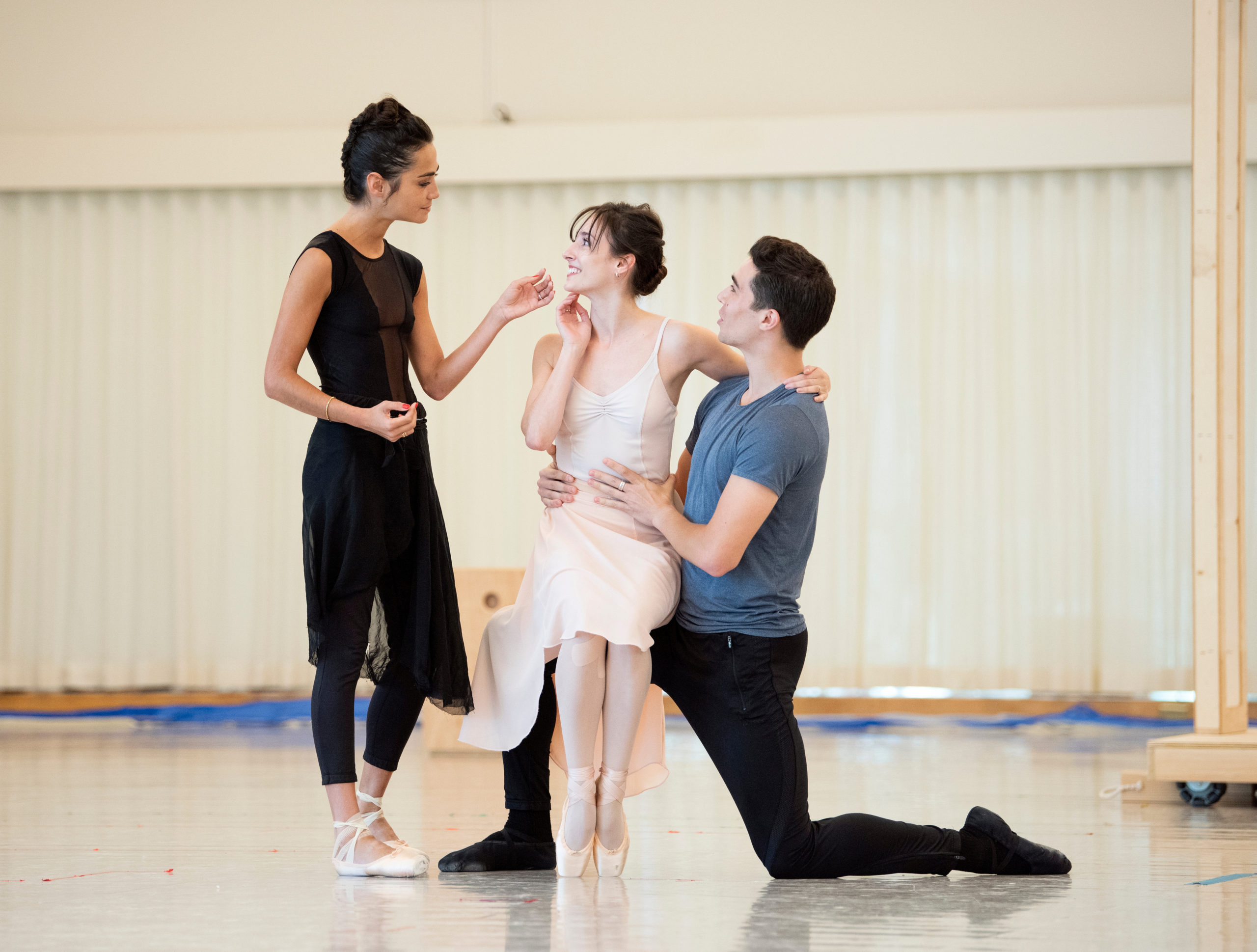 In reconsidering Mrs. Robinson, Marston and Kemp went through scenes step by step to anchor the story in her perspective. In the film, “the camera follows Benjamin very, very effectively,” Marston notes dryly. In the ballet, “we’ve tried to follow Mrs. Robinson. What does she want? Need? How does she feel? Where does she want to go?”

When she came to SF Ballet’s studios last summer, Marston worked on the nuances of each character with the dancers, coloring in the details within the overarching scaffolding. She set the characters of Benjamin and Mrs. Robinson on three different pairs of dancers, embracing the distinct interpretations they brought to the characters. “They’ve all got such interesting ways to bring emotion, physicality, and themselves to the roles,” she says. “I want to celebrate that. I don’t want to make them the same.”

In reframing the story, it was important to Marston to give Mrs. Robinson some sense of agency. When viewed through Mrs. Robinson’s eyes, the story “becomes much more about a woman who’s trapped in a situation that she didn’t plan,” says Marston. “We know that she got pregnant as a student. Like so many women at that time, she fell into a life that is not what she imagined and not what satisfies her.” In a final duet with his wife, Mr. Robinson puts his arms in a circle, a protective gesture that creates a symbolic shelter. Mrs. Robinson goes under the circle, explores it, then emerges, closing his arms gently but firmly, leaving him and the protection the marriage has provided. 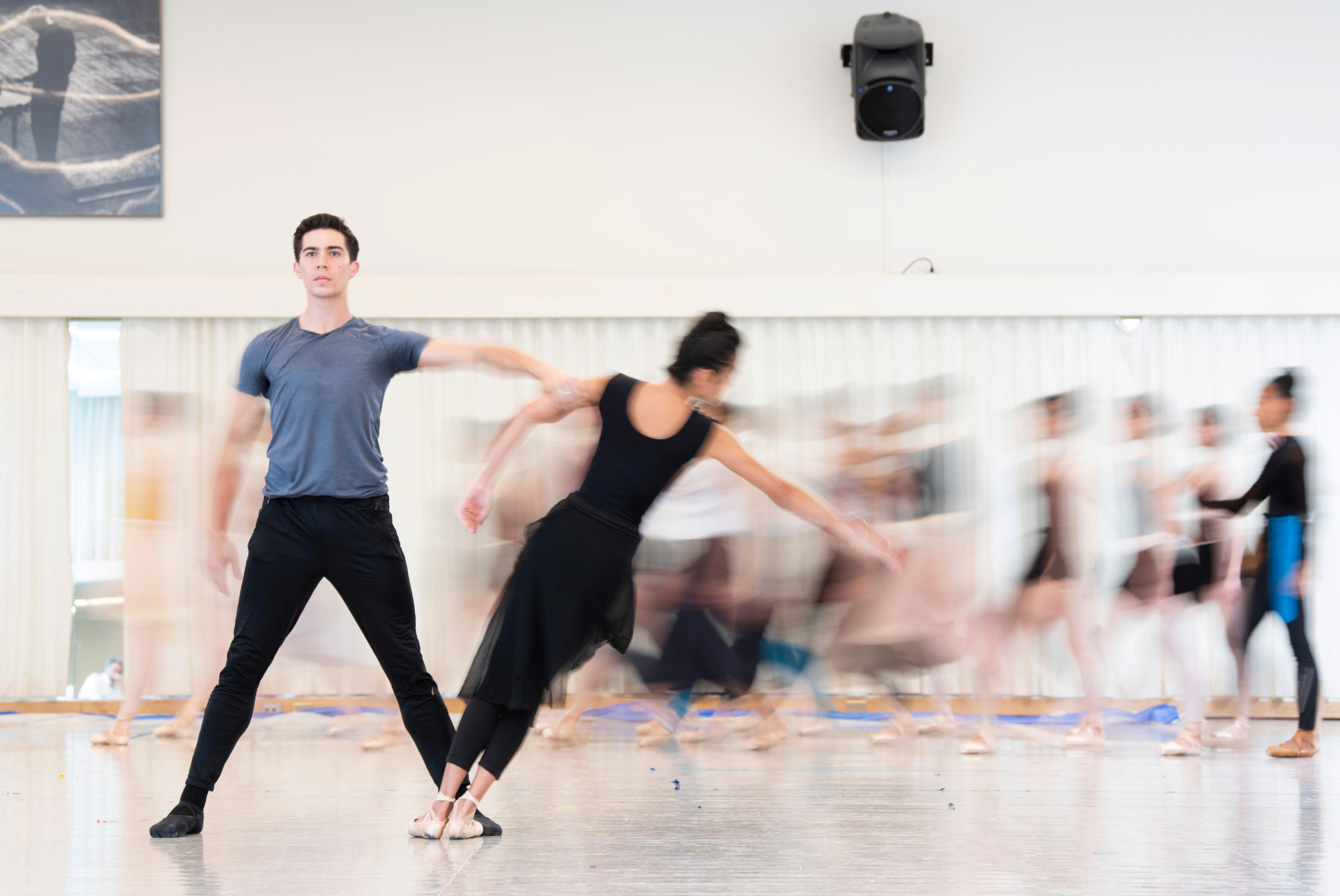 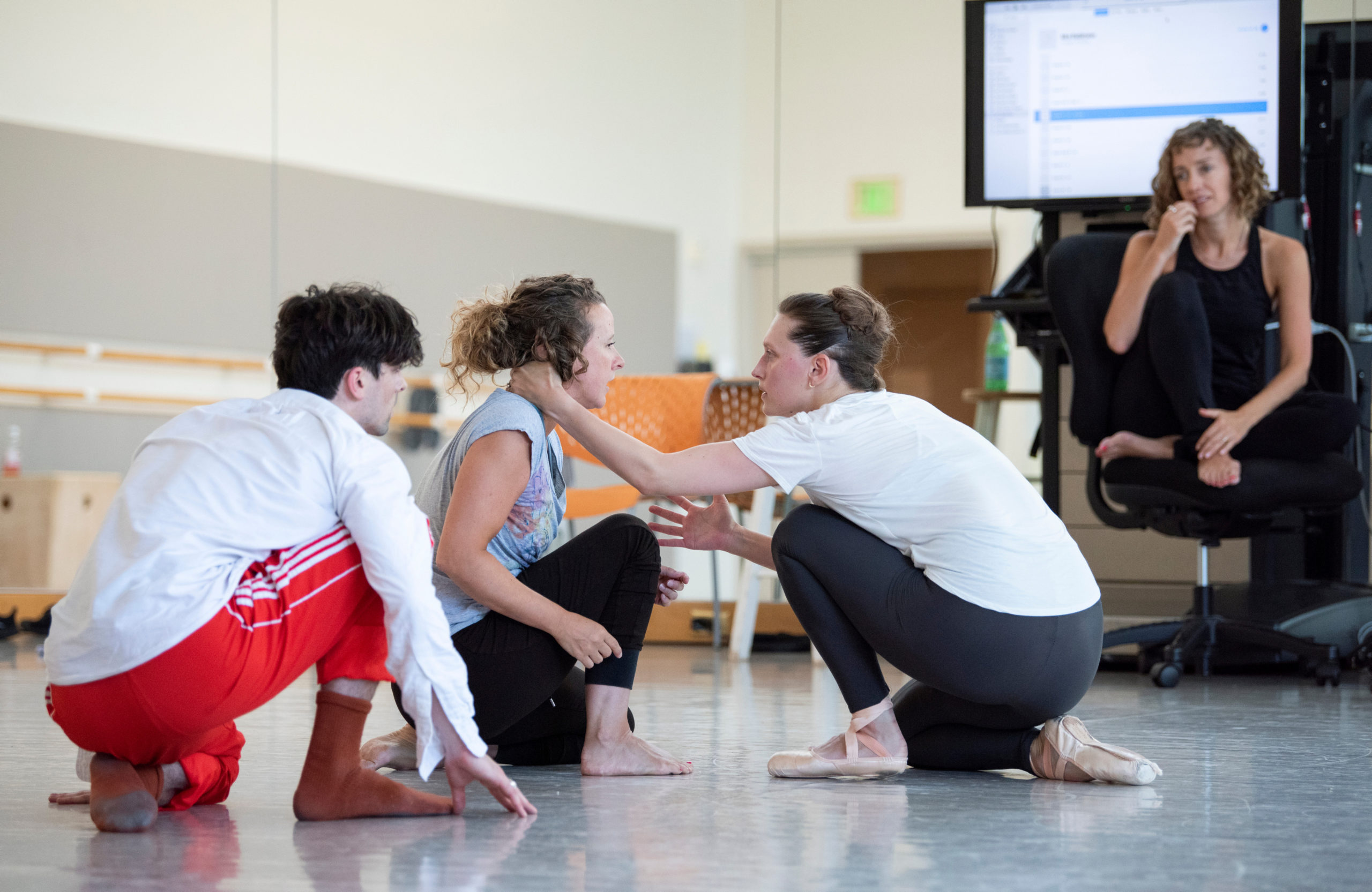 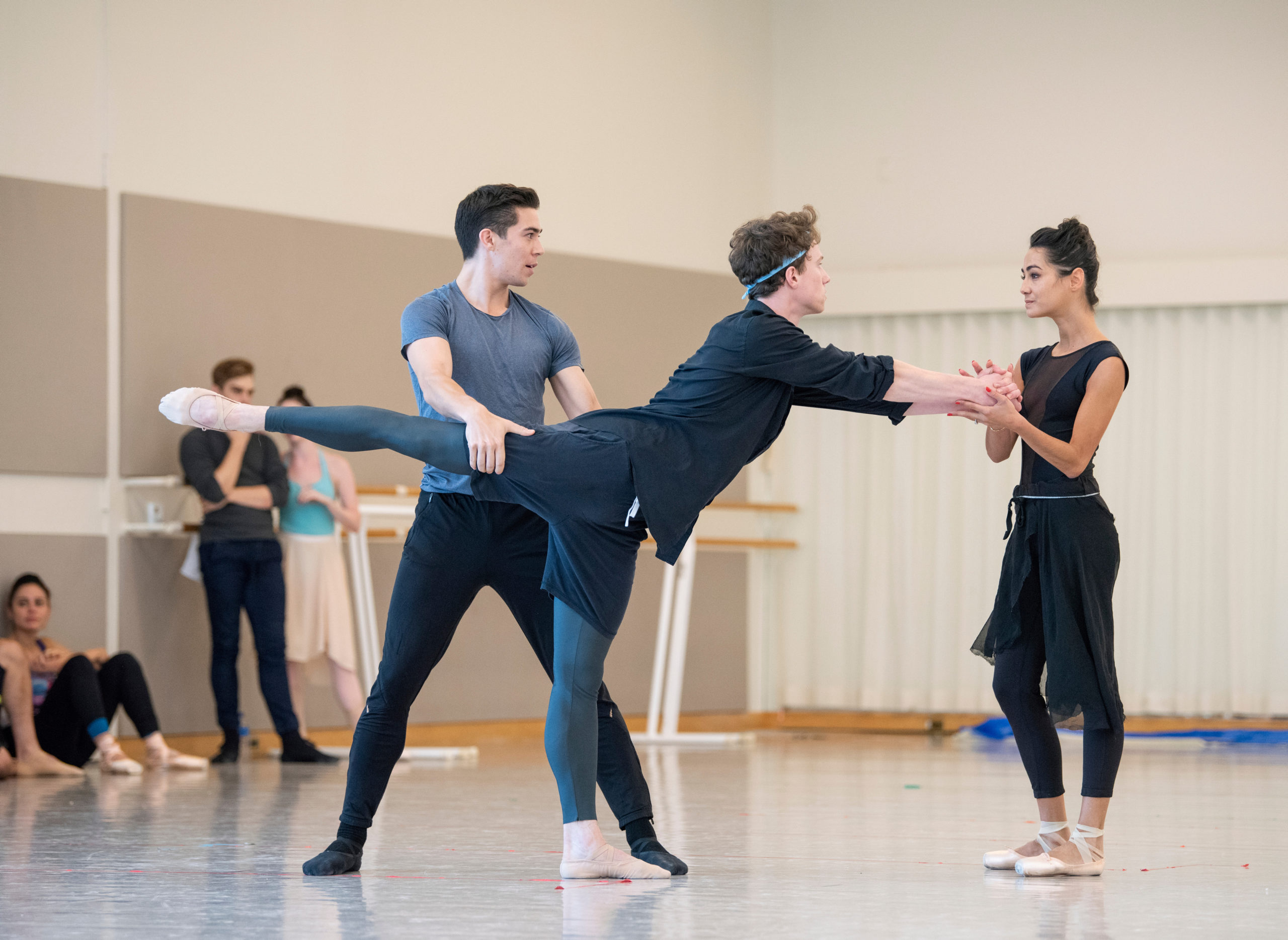 The film The Graduate is also, of course, known for the iconic song Mrs. Robinson, written for the film by Paul Simon and Art Garfunkel. Because she was shifting perspectives, Marston asked composer Terry Davis to create a new score. “I was after music that was not as much about youth culture as about a woman who is in middle age,” says Marston. Davis incorporated saxophone and guitar into two distinct voices: the saxophone—with a sultry, late-night sound that references an earlier era—represents Mrs. Robinson, while the guitar adds a sense of the simmering counterculture.

In addition to the central characters, Marston enlists a corps de ballet of women, who move with the crisp efficiency of ideal mid-century femininity—and express the crippling impact of maintaining it. As the piece unfolds, the domestic goddesses are swept into the feminist movement in waves. Does Mrs. Robinson join them? Marston demurs. “I like that the film is ambiguous at the end,” she says. “And I’d quite like to echo that and leave it up to the audience as to the destiny of Mrs. Robinson.”

Take a Leap of Faith