A ballet in three parts. George Balanchine’s full-length masterpiece, inspired by displays at New York City jeweler Van Cleef & Arpels, is made up of three separate ballets—Emeralds, Rubies, and Diamonds. Jewels plays with each of the gemstones as inspiration while exploring ballet style from France, the United States, and Russia. Emeralds, set to music by Fauré, is a forest green meditation in long, Romantic-style skirts, influenced by the French style of ballet—decorous, restrained, pristine. Rubies, set to Stravinsky, is more like Times Square at midnight: bright lights, rushing crowds, and a touch of jazz. Diamonds, set to Tchaikovsky, is a glittering homage to Imperial Russia and the grand style of Marius Petipa, the father of classical ballet. 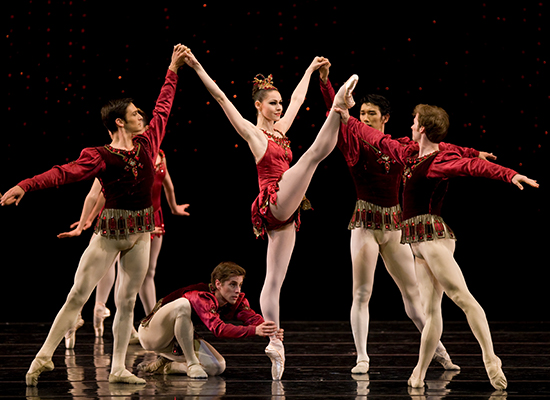 Your Ultimate Guide to Jewels 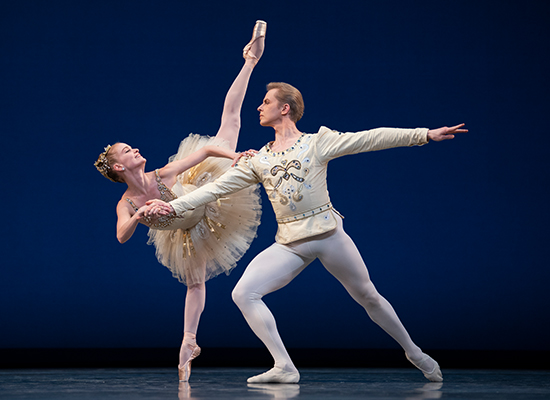 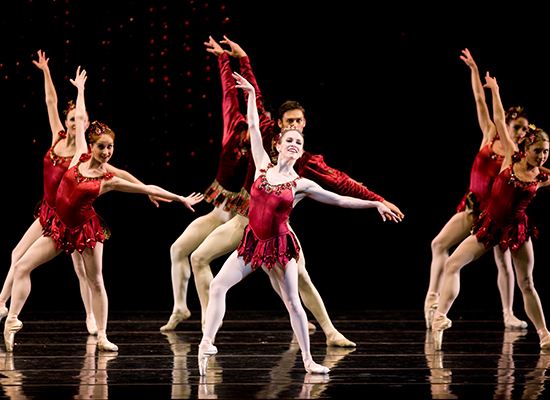