A Story that Transcends Time, Race, Class, and Gender

In 1994, when San Francisco Ballet Artistic Director Helgi Tomasson created a new production of Romeo & Juliet, he poured his heart into it. Romeo was the dream role Tomasson never got to dance. But he delivers every emotion he would have brought to that role to the stage, via one character or another, in his own version of William Shakespeare’s tale of “star-cross’d lovers.” Perhaps that’s the reason this production is so deep in character, so vibrantly human. Then again, as Tomasson says with a smile, it could be because he’s “a hopeless romantic.”

Shakespeare’s tragedy has been brought to the stage in every possible art form: theater, film, opera, music, and dance. Why? In his book Shakespeare: The Invention of the Human, Harold Bloom proposes one theory: “Romeo and Juliet is unmatched, in Shakespeare and in the world’s literature, as a vision of an uncompromising mutual love that perishes of its own idealism and intensity.” In this play Shakespeare created characters of such complexity and placed them in circumstances of such extreme emotion that his audiences have been forever fascinated. It is a story that transcends time, race, class, and gender, guaranteeing its universal appeal.

A Love Story For All Time

Ballet versions of Romeo and Juliet, in both one-act and full-length forms, made their way onstage in the late 1700s, in Italian productions set in Venice and Milan by Eusebio Luzzi and Filippo Beretti, respectively. The ballet next appeared in St. Petersburg, Russia, in 1809, in a five-act form by Ivan Ivanovitch Valberkh. The first dancer of renown to stage Romeo and Juliet, Vincenzo Galleoti, did so in 1811, for Copenhagen’s Royal Danish Ballet. Jumping ahead, in Monte Carlo in 1926 Serge Diaghilev’s Ballets Russes presented Bronislava Nijinska’s version about two dancers who elope during rehearsals for a Romeo and Juliet–themed ballet. Then, in 1938, Willam Christensen, ballet master of San Francisco Opera Ballet (an early incarnation of SF Ballet), choreographed a new production, with himself as Romeo. And in 1943, Ballet Theatre presented Antony Tudor’s meditative one-act version, with Alicia Markova and Hugh Laing in the title roles and Tudor as Tybalt.

The best-known productions are those set to the full-length ballet score by Sergei Prokofiev, written in 1935; though they vary in their emphasis on story, character, and theatrics, they share an emotional depth yielded by the music. The first major staging of the score came in 1940, with the Kirov Ballet’s production of Ivo Váña-Psota’s Romeo and Juliet, which had premiered in Brno, Czechoslovakia, two years earlier. Frederick Ashton created his version for the Royal Danish Ballet in 1955 without being influenced by Lavrovsky’s production, which had not yet been seen in the West. But in 1956 John Cranko and Kenneth MacMillan saw Lavrovsky’s Romeo and Juliet in London, danced by the Bolshoi; both men’s versions of this ballet (Cranko’s in Milan in 1958, then at Stuttgart Ballet in 1962; MacMillan’s at The Royal Ballet in 1965) show Lavrovsky’s influence.

Tomasson, too, decided on the Prokofiev score, but not without some deliberation. “I can’t deny I had thought of using something else, and the reason for it goes back a long time, when I went to Moscow for the International Ballet Competition in 1969,” he says. “Norman Walker had choreographed a solo for me, which was to Berlioz’s Romeo and Juliet. It was a beautiful solo, seven minutes long, and the music is beautiful, too. But I just felt the music for this production had to be Prokofiev—for me it was more emotional, and it suited what I wanted to do more than any other composer.” 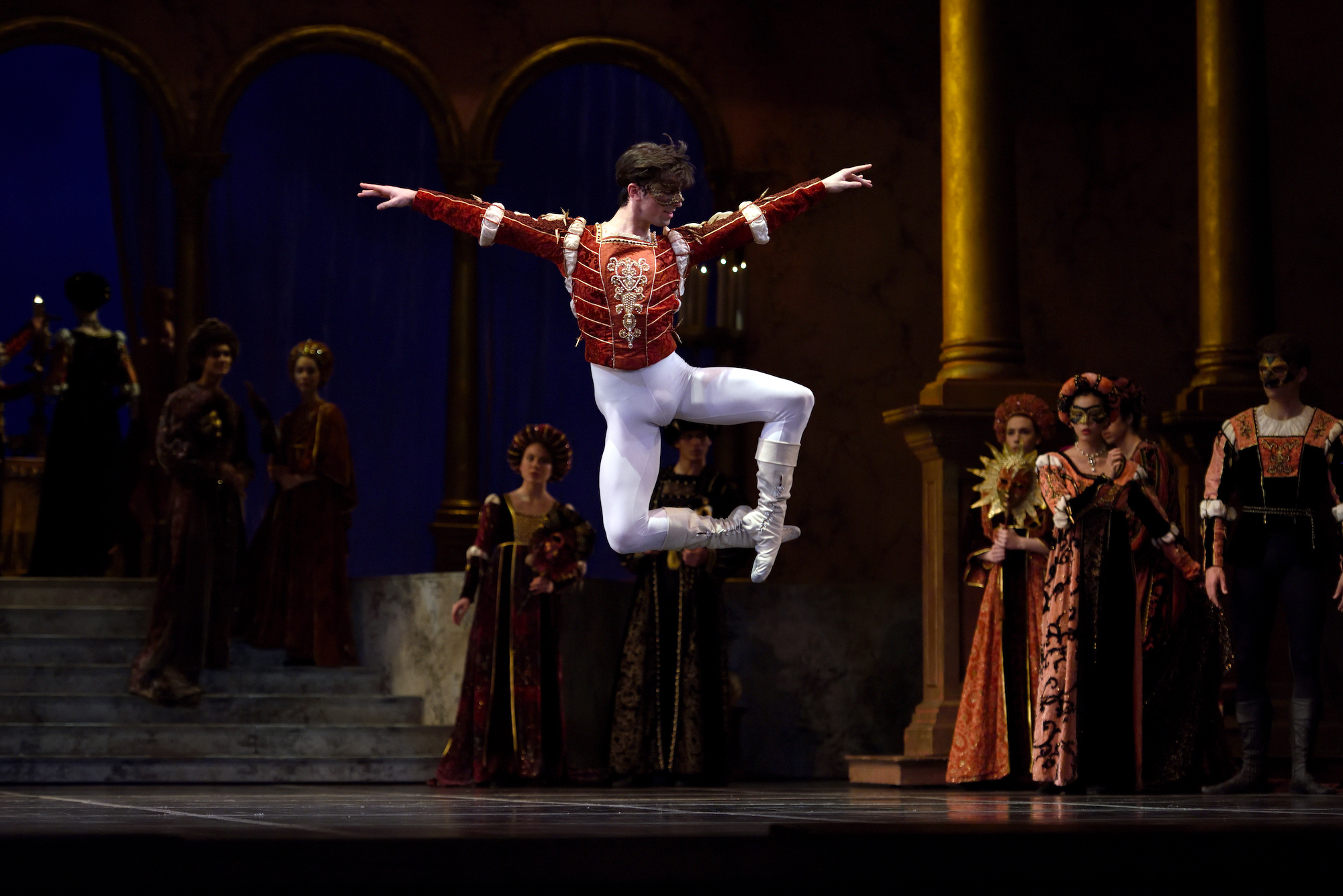 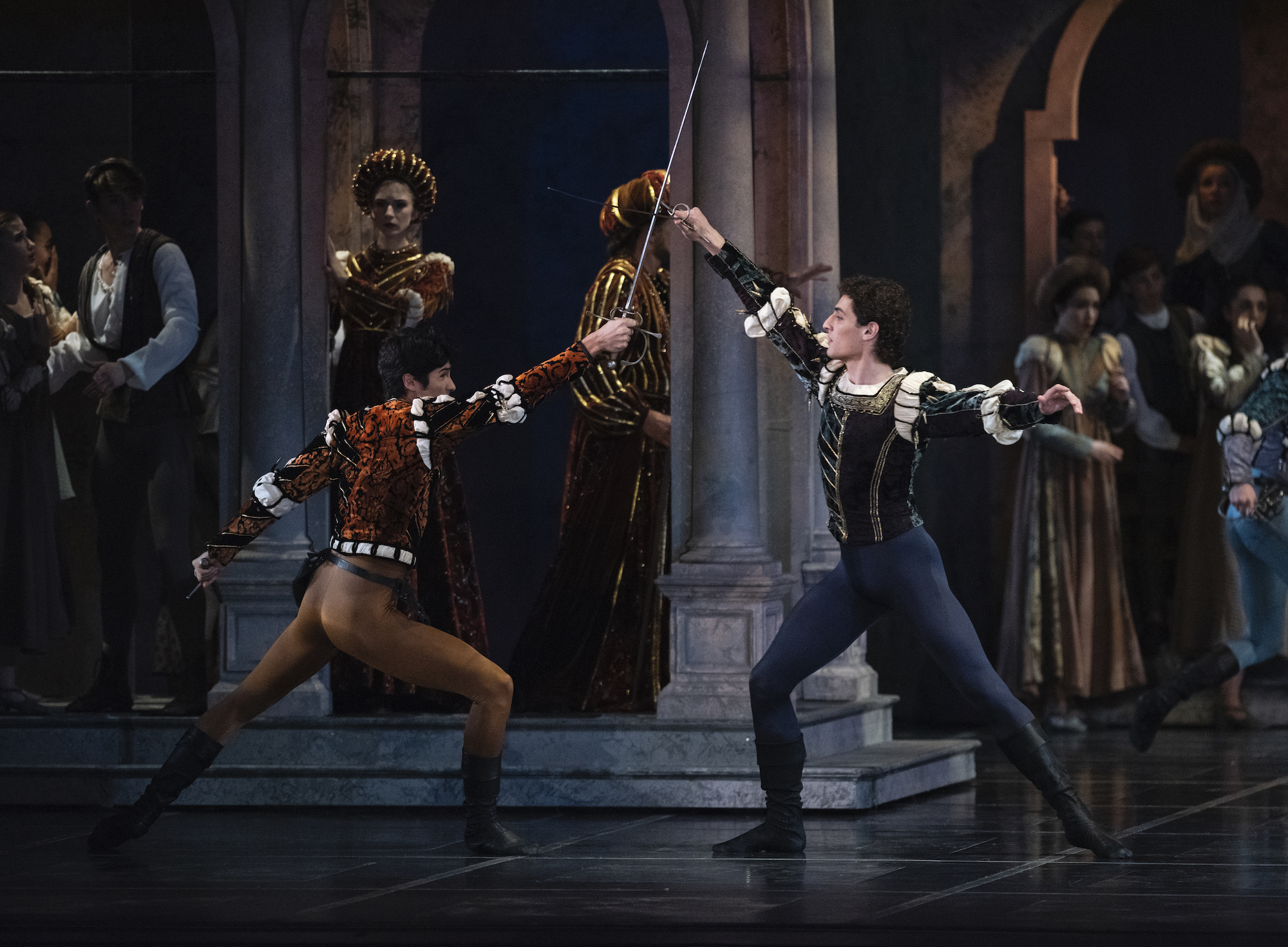 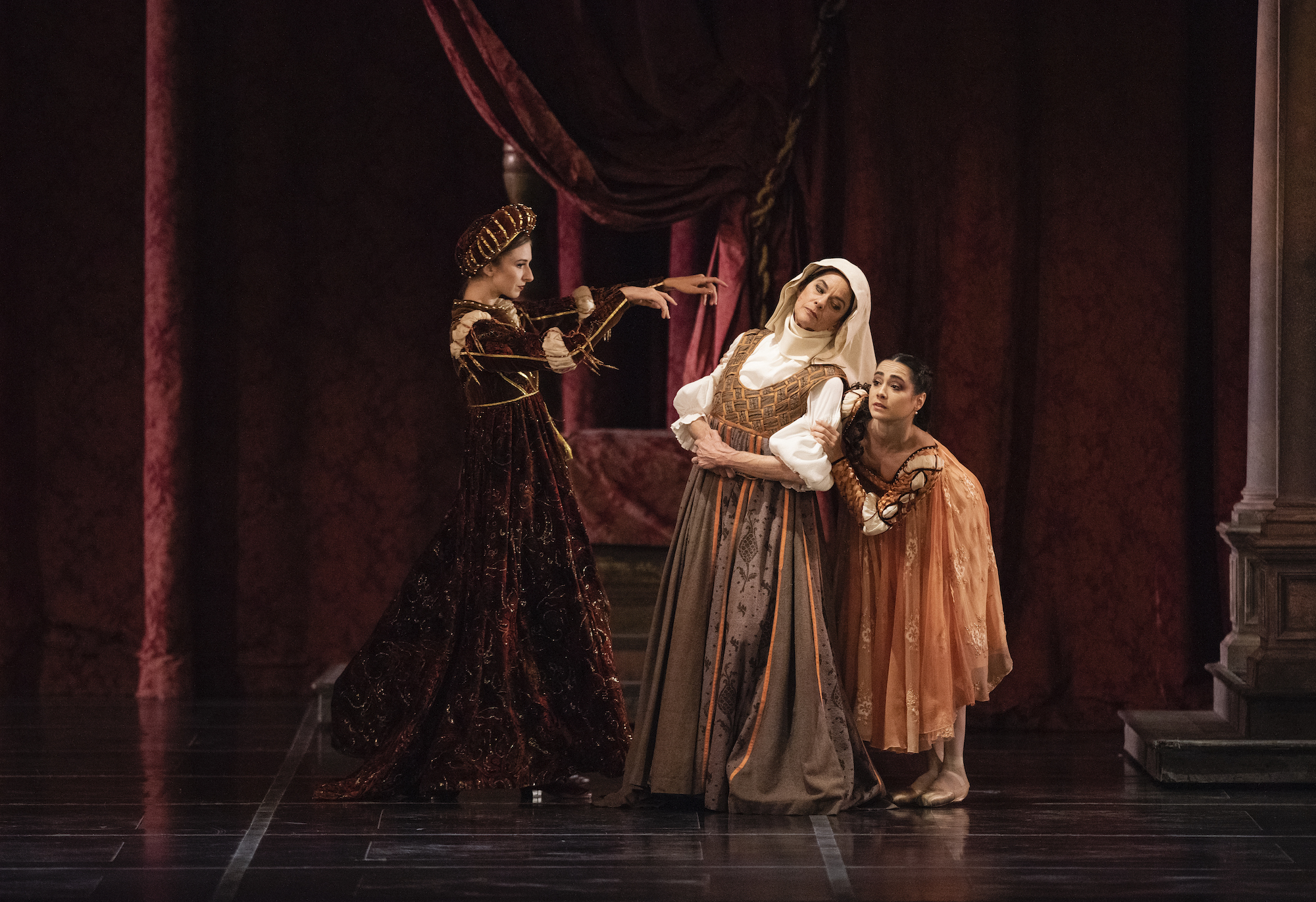 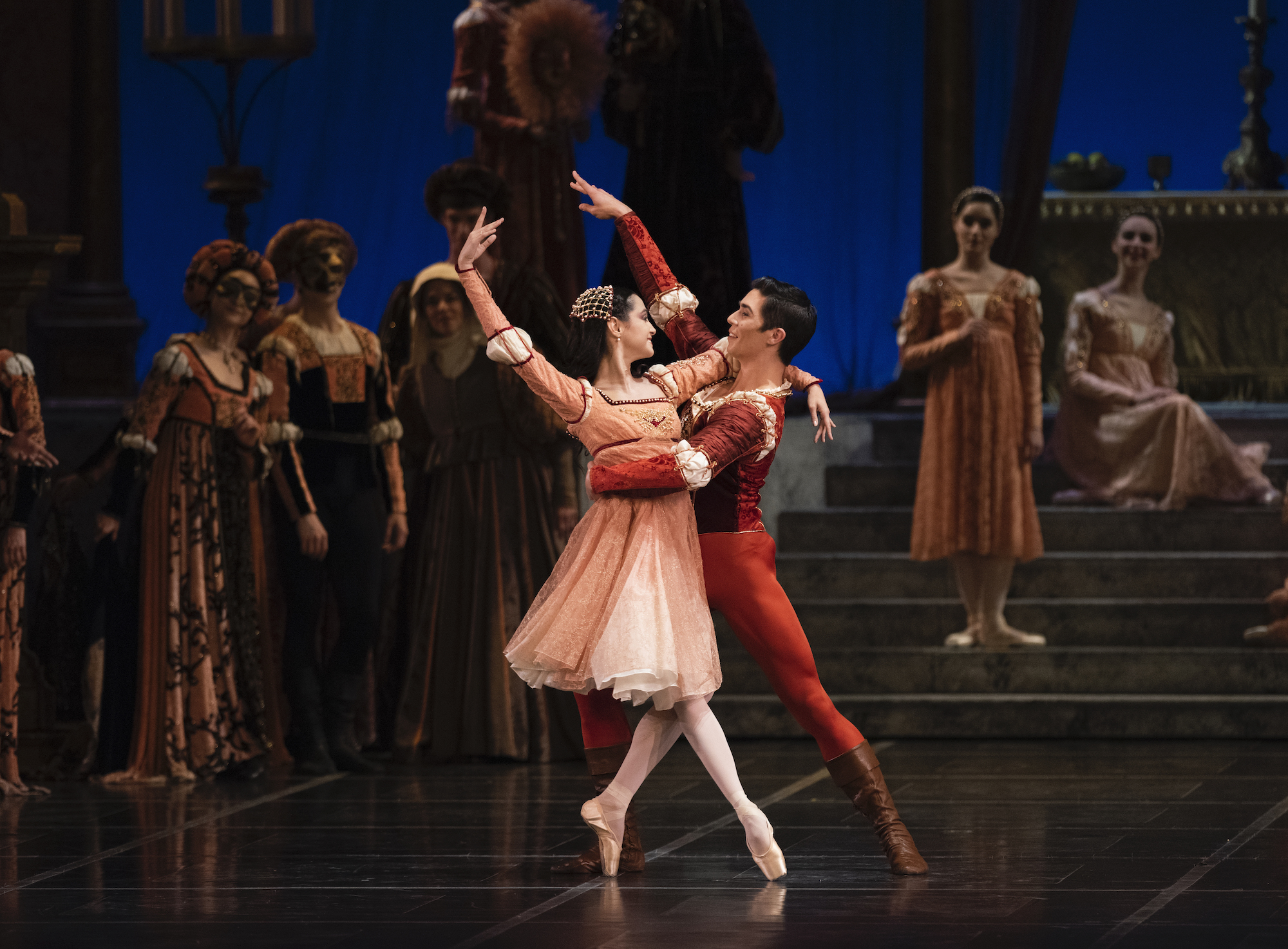 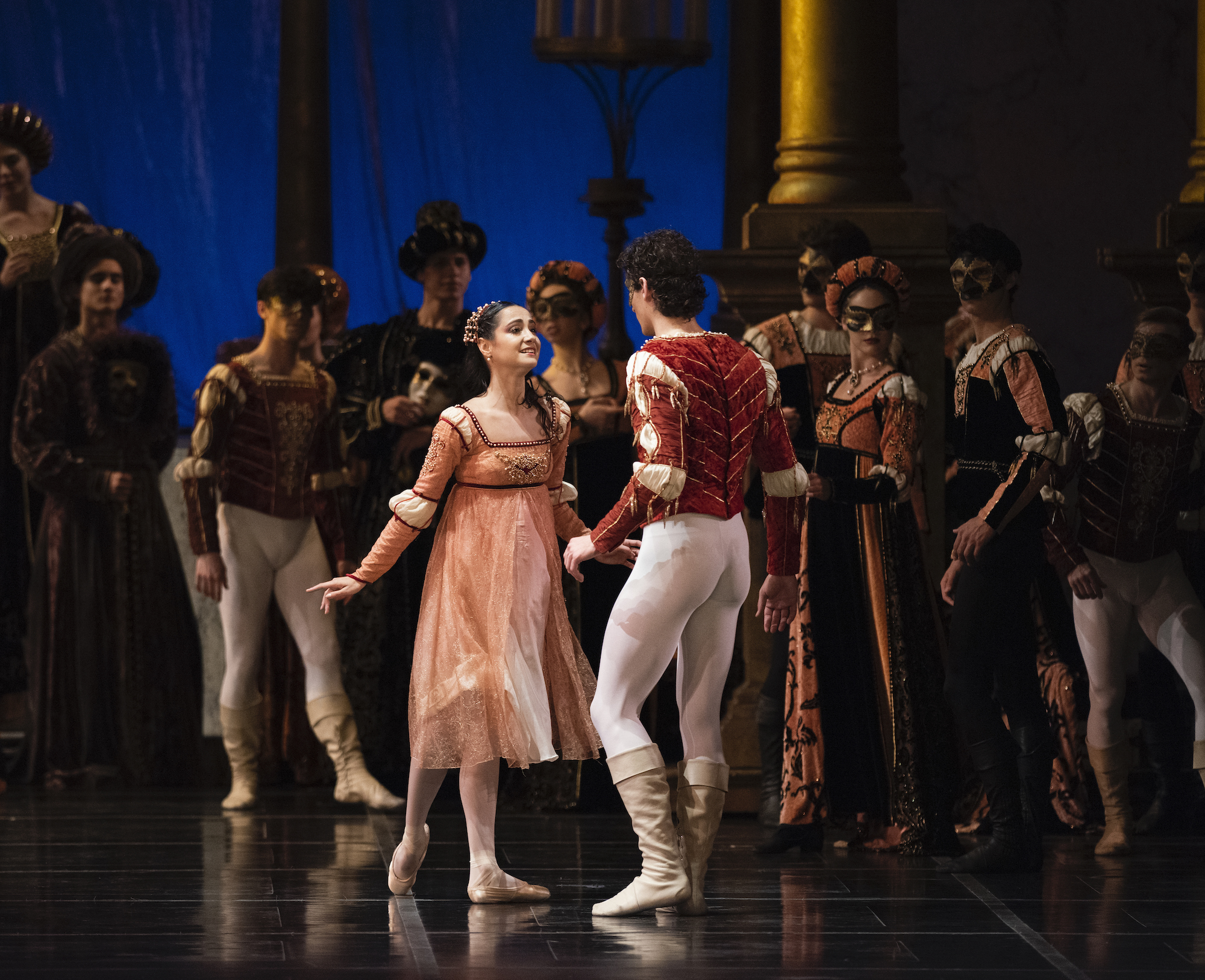 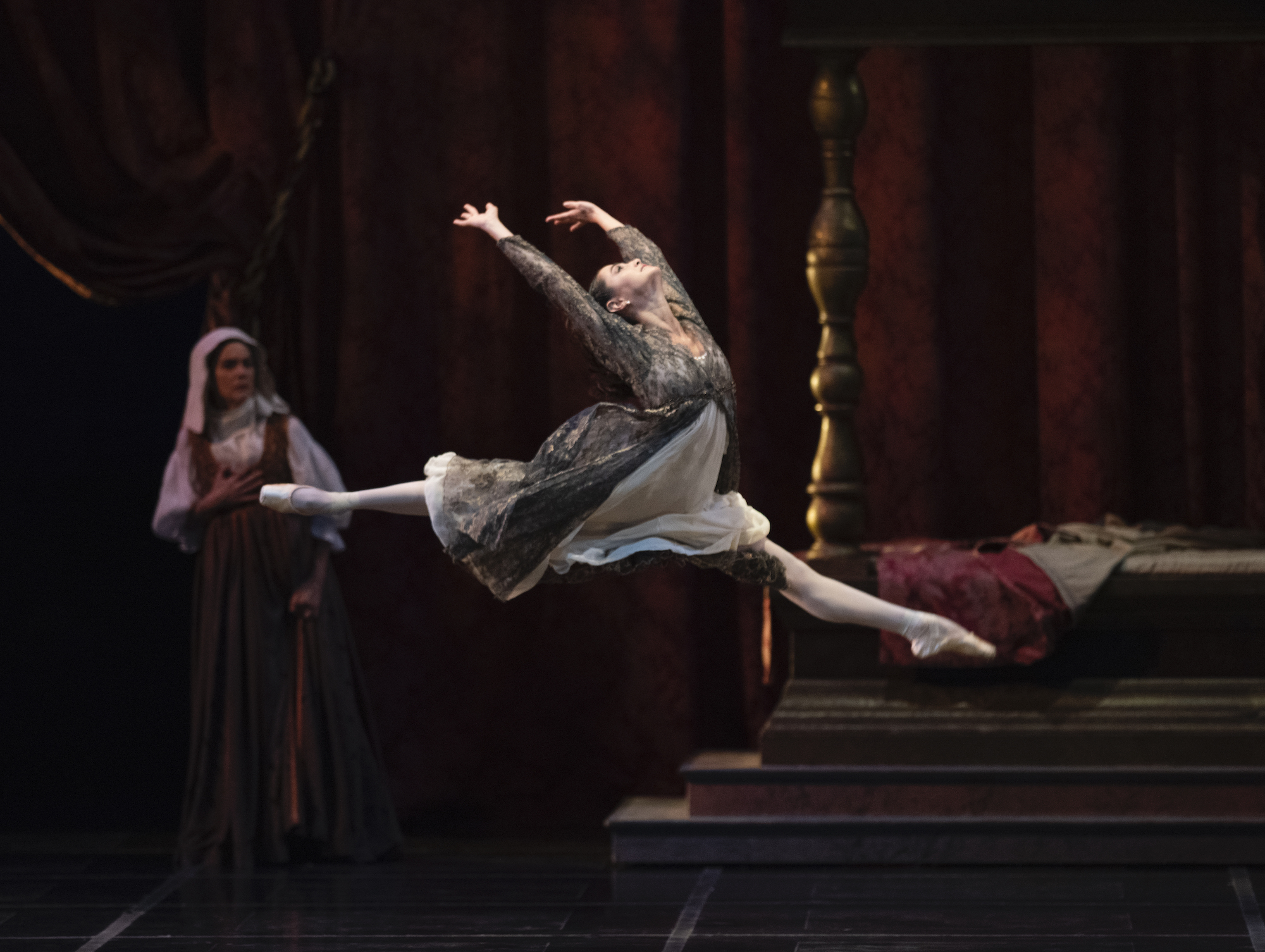 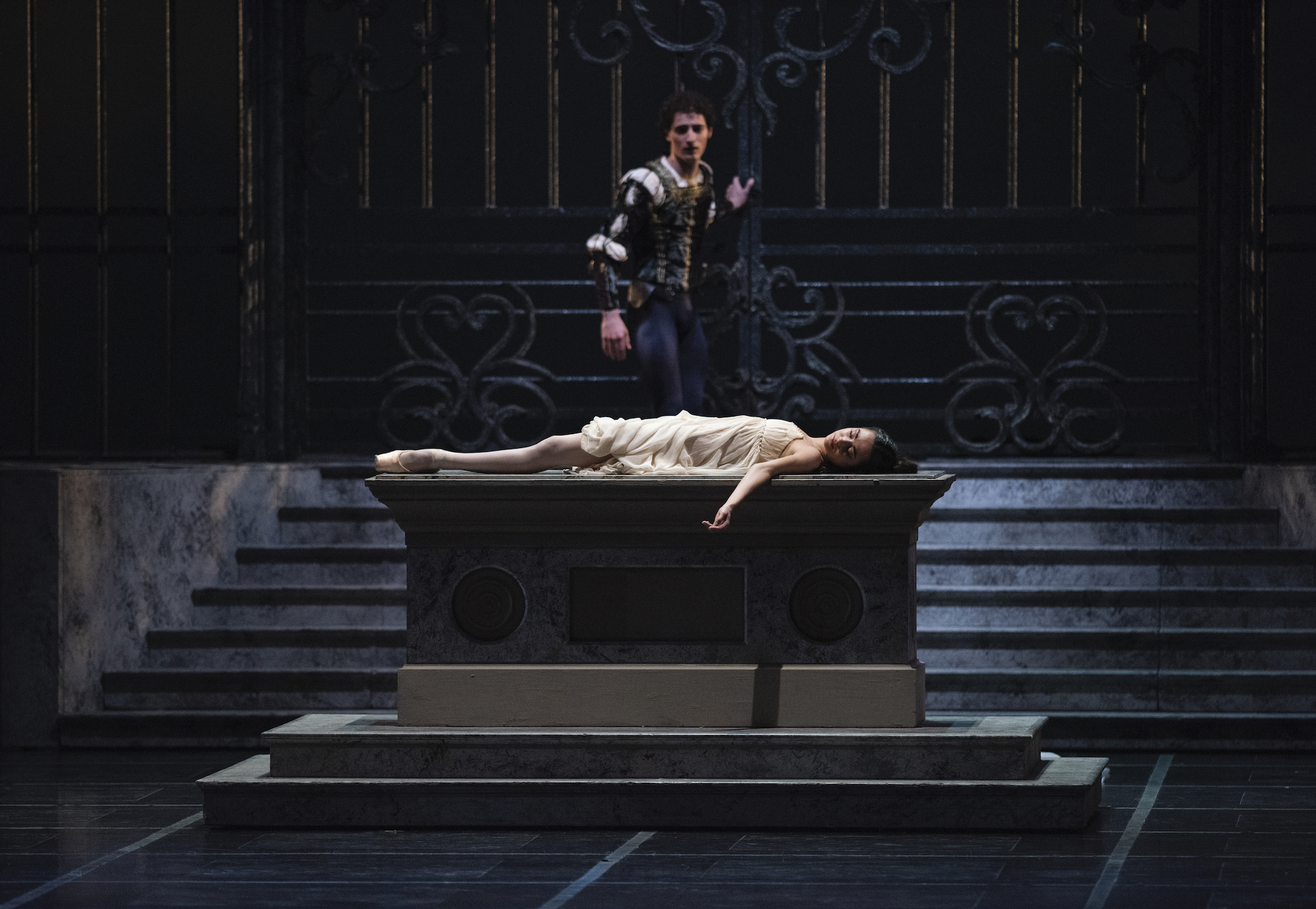 A Love Story for Today

What Tomasson wanted to do was create characters that were drawn in detail; in his ballet, all the characters, from Romeo and Juliet down to the smallest walk-on roles, are as clearly etched in movement as they are depicted in words in the play. Tomasson explains, “I thought it was necessary to convey that [depth of character] because it’s not just Romeo and Juliet—it’s the people around them that make the story happen the way it does. Tybalt has to be a hothead; he has to be a bully in many ways, to everybody outside his clan. There were things I thought had to come through so that the whole thing makes sense. It’s a human story, so that has to come across. It’s not an abstract, make-believe story or fairy tale—this could be today, anywhere.”

Adding to the sense of realism are the detailed fight scenes. Poorly done sword fighting can break a suspenseful mood quickly, so Tomasson sought the talents of Martino Pistone, an experienced movie stunt man and stunt coordinator, swordsman, choreographer, and actor. Together they created complex sword-fighting passages that require careful timing and hours of rehearsal with each combination of dancers. “Most productions have lots of this kind of action.” Tomasson mimes thrashing a sword about. “Ours is all choreographed, and if you miss [a step]—it’s not that you’ll get killed, but you could really hurt yourself. And people run through the fighting at certain times, because I thought that was realistic. But they have to know exactly when they can run and where the guys are placed.”

SF Ballet’s production is set in the Italian Renaissance; true to the period, the men fight with rapiers (straight, double-edged swords with narrow blades), daggers, bucklers (small, round shields), and capes. Step one in teaching dancers how to fight was as basic as the proper way to hold the weapons. From that point on, safety was the priority. Pairing the dancers for battle presents a rehearsal-time challenge along with safety concerns. “If you rehearse this Tybalt and this Romeo together, because casting-wise you see them work well together, and then one of them gets sick or injured, you have to put someone else in,” says Tomasson. “The choreography of the fighting is the same, but the timing might be slightly different, so you have to find the time to rehearse. But sometimes casting changes happen at the last minute—and then I’m sitting there hoping that nothing’s going to happen.” He would recast the fighting roles if he felt that a dancer was too timid or too aggressive; either behavior could lead to injuries. Years ago, Tomasson recalls, a personal feud nearly caused a dancer to lose a major role. “The dancers playing Tybalt and Romeo truly hated each other, one of them more than the other, and in the fight scene it was just scary,” says Tomasson. “I had to tell that dancer to cool it down or he’d be out.”

Working with the score before rehearsals began, Tomasson plotted out each scene. Always one to seek out a logical flow, he added action that helps drive the plot, referring to the play to ensure that he was being true to Shakespeare’s intent. For example, in the opening scene, Romeo and Juliet are both onstage, but they don’t see each other. “They live in the same village, and everybody else is there. The Nurse is taking Juliet to the market,” Tomasson says. “Who’s to say that they haven’t been in the same place without being aware of one another?” The multilevel set by Jens-Jacob Worsaae expanded the choreographer’s options. Tomasson has Juliet and the Nurse run onto the bridge as Romeo kills Tybalt; they look down on the scene below and see Romeo’s agony. Giving Juliet that knowledge made dramatic sense to the choreographer. “For me, that brought on the desperation of the bedroom scene,” he says. “This is what’s happened, and they both know.”

Like most choreographers, Tomasson can do only so much preparation with story and score; most of what ends up on the stage evolves as he works with the dancers. Referring to the balcony scene, he explains, “It’s an enormous thing in people’s expectations and minds, but on top of that, the dancers I work with influence me. Just who they are, how they react to that music, and to each other—there has to be a connection between those two dancers. And there are times when you see something and think, ‘Yes, that would suit them very well if I did that.’ I see them as being part of the creative process and I use their approach to it and their willingness to do anything I want them to do.” Well-known moments like the balcony scene, he says, require him to block out the expectations that accompany them and turn inward for direction. “Do I remember when I was a teenager? The first time I kissed a girl? What would I say, what did I feel? What was the insecurity, the attraction?”

The same complexities of characterization that give this story its weight make the ballet, particularly the role of Juliet, appealing to dancers at any stage in their career. Those who dance Juliet in their teens come to the role with the immediacy of youth and tenderness of first love fresh in their minds; those who dance it later in their careers might offer more nuanced performances, layered with wisdom and a mature understanding of what it means to love someone—and sometimes, to make sacrifices for that love.

If a role like Juliet can be a turning point in a dancer’s life, so too is the creation of a full-length ballet in a choreographer’s. Tomasson regards each classical story ballet he’s done as a significant step in his career. But Romeo & Juliet is especially close to his heart, and not only because it’s the ballet he never got to dance. It was the last production that the designer and he did together. “Worsaae passed away,” says Tomasson. “I was in Copenhagen rehearsing Sleeping Beauty and had to fly back here for 10 days to do the costume fittings for Romeo. He was not well enough to come, so I had to stand in for him and say, ‘I know he would like that’—be his spokesperson. And he designed those wonderful sets. We spent a week together in Italy—to Verona, just to let everything sink in. I think it was the most beautiful work he’d ever done, and yet he did not see it. That’s another reason why this production is very, very special to me.”

by Cheryl A. Ossola