“Don’t do what you know. Do something beyond. Unbound.”

David Dawson’s first commission for San Francisco Ballet, Anima Animus, is, as he puts it, “physically emotional virtuosity combined to make something human.” It is indeed physical, emotional, virtuosic, and human—but there’s something transcendent about this combination. It’s most tangible in the section Dawson calls “Angels,” when the dancers seem to move beyond their mortal selves into a state of throat-clenching beauty. “Don’t do what you know,” he tells his dancers in rehearsal, “do something beyond. Unbound.”

Anima Animus offers a rich mix of contrasts, most meaningful among them Carl Jung’s concept of animus (the male aspect of the female psyche) and anima (the female aspect of the male psyche). Another contrast can be found in the music by Italian composer Ezio Bosso. “It felt to me like music that looks to the past and the future at the same time, much how I like to make dance,” Dawson says.

In making this ballet, Dawson found himself responding to the polarized present-day world. He understands the world’s opposites—light and dark, humanity and architecture, individual and group—“but between those opposites, there’s so much room where people can have choice without judgment,” he says. The spaces between extremes are a kind of fluidity, which Dawson wanted to explore within dance. “My language is the classical art form; I’m trying to do something with that,” he says. Historically, some ballet steps are for women or men only; Dawson shifts this by giving “the opposing energy as a starting point”—in other words, giving animus choreography to a dancer who seems more anima, and vice versa.

In the “Angels” part of the second movement, “we go to archetype,” Dawson says. “In Jung’s philosophy, the female is the nurturer, the mother, the angel, the pure. And the man is the warrior, the strong, the hero. I’m trying to show it all.” Even in these archetypes, the theme of contrasts shows. When the female dancers women float high above the stage, “that’s when they show their form as angels,” Dawson says. “That’s when they touch the sky and they show who they really are.” 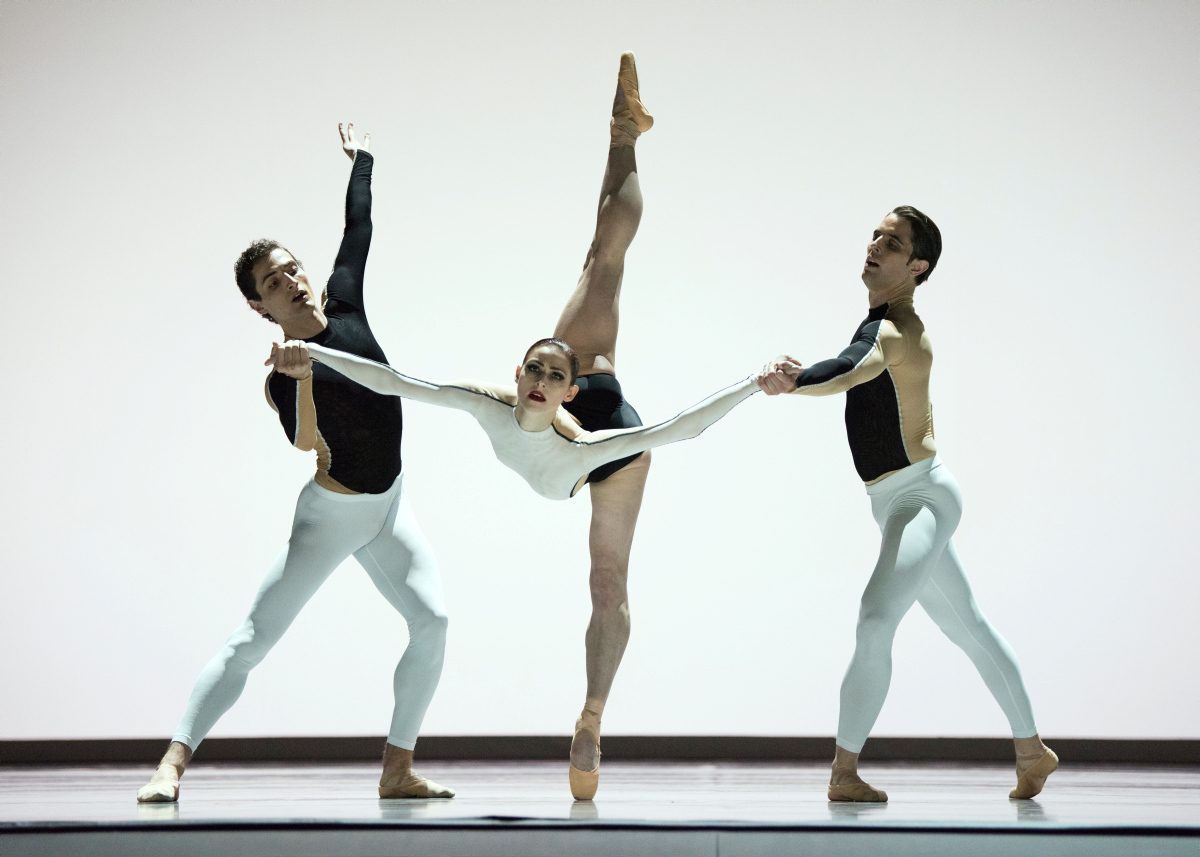 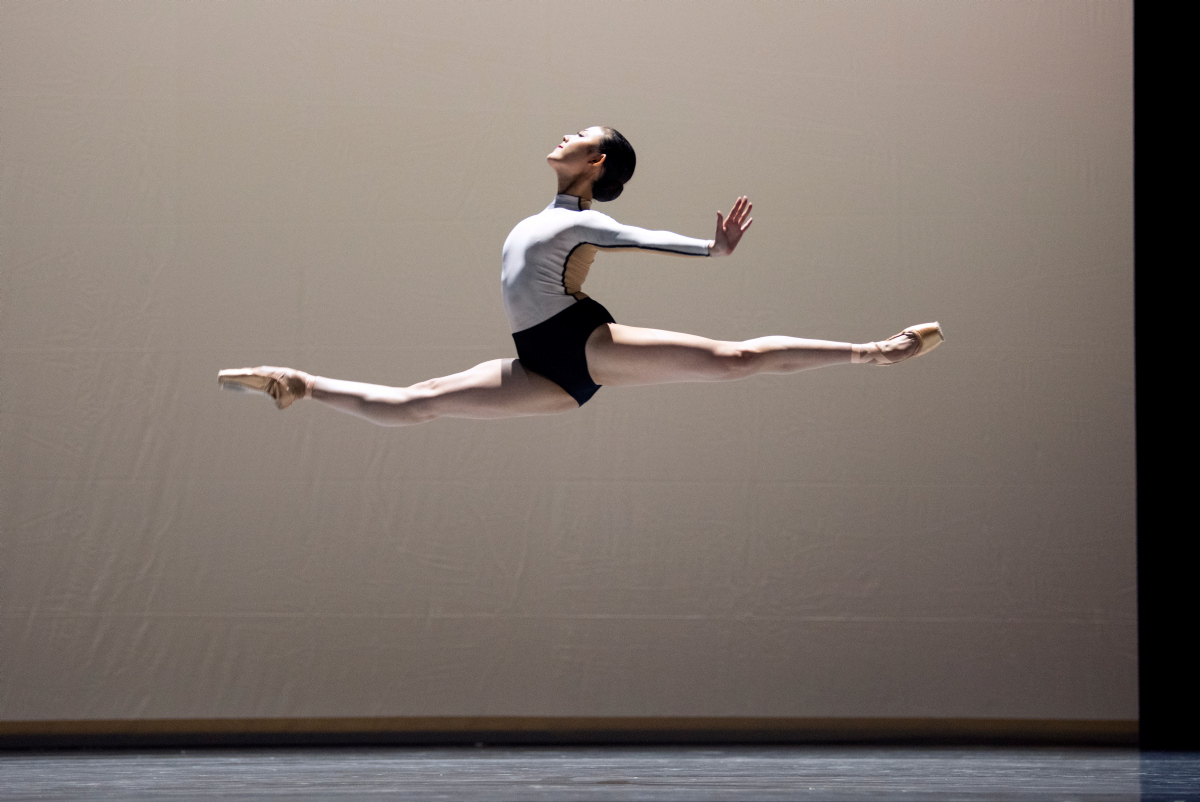 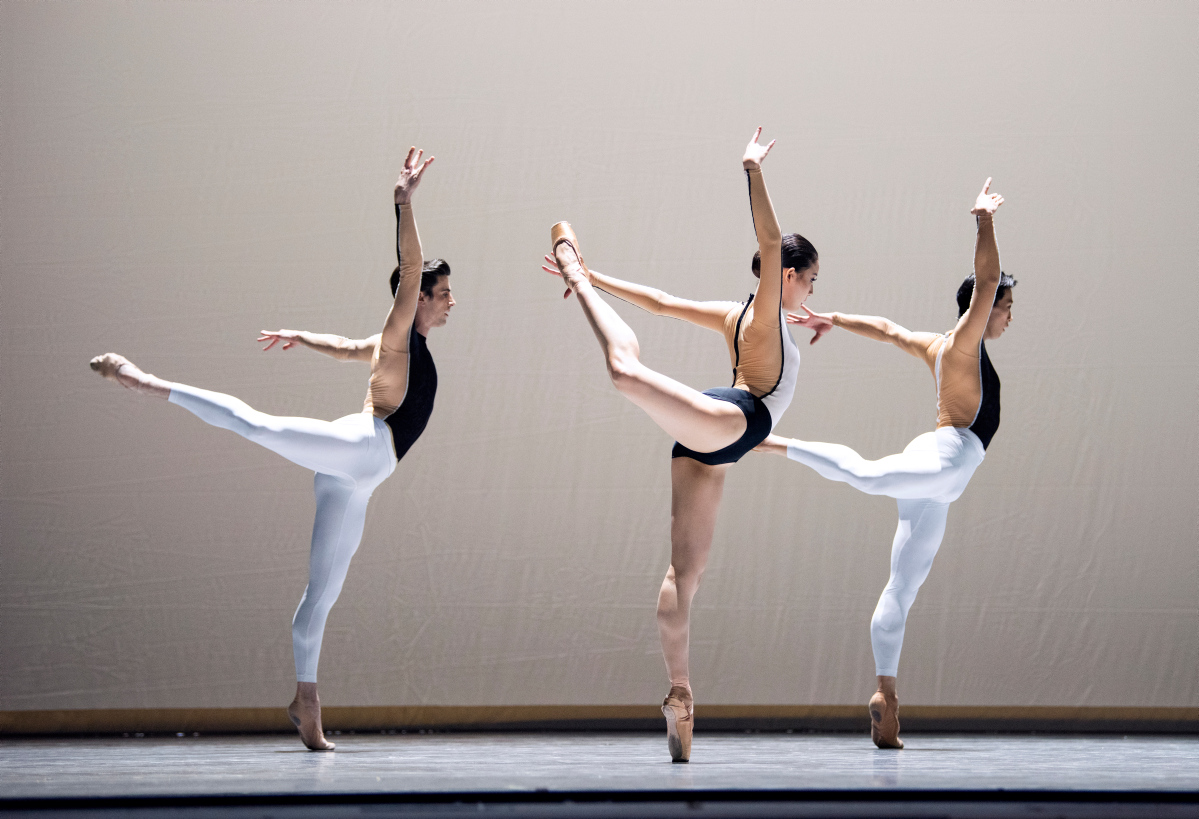 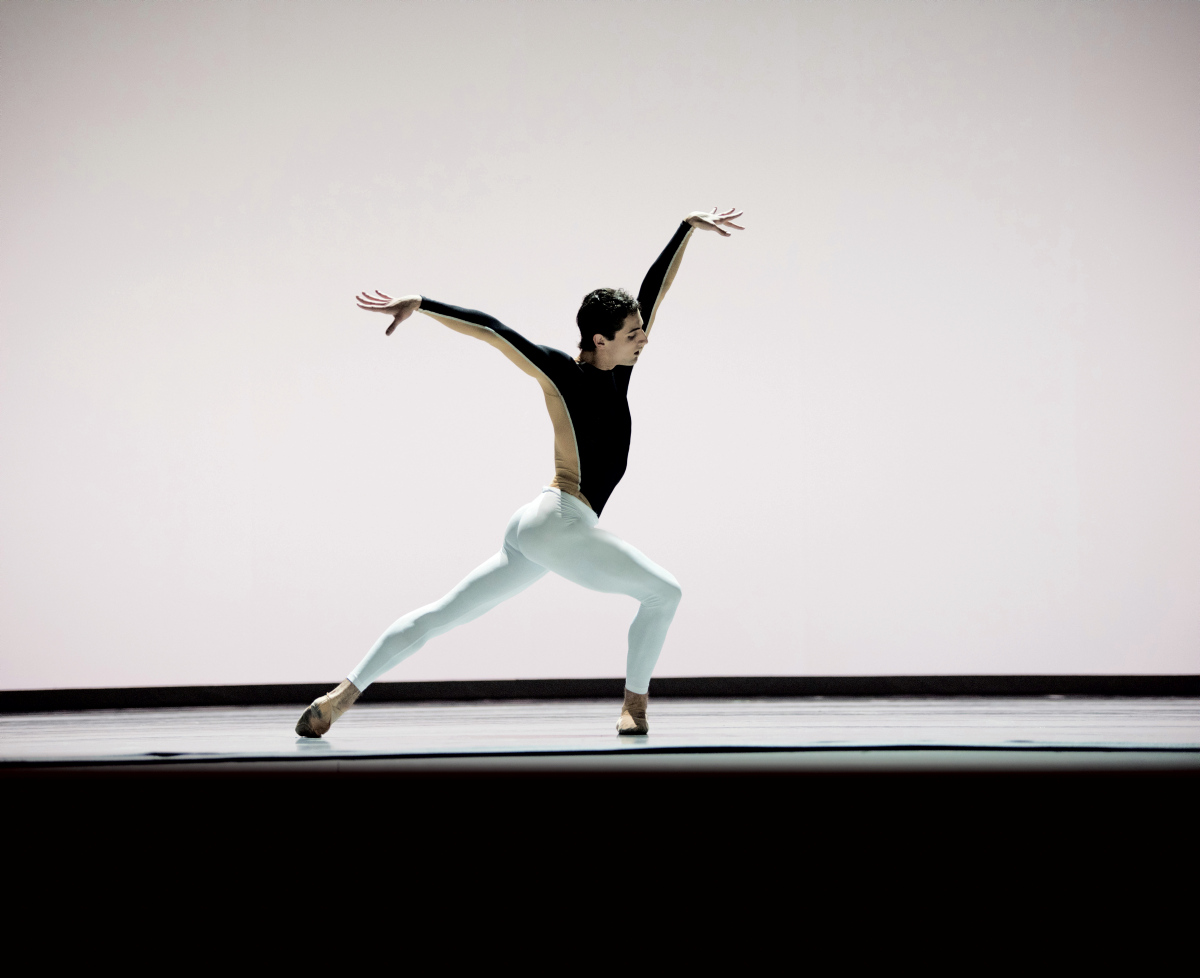 Dawson sends his dancers skyward, but he wants them grounded too. This reads as a paradox—the dancers fly through intricate moves that do indeed make them seem as untethered as angels, and yet they have weight, form, and substance that goes far beyond the light, lifted aesthetic of classical ballet. In rehearsals, Dawson constantly asks the dancers to let their classicism go, asking for movement that is “deeper, squashed, crunched. I want it odd.”

But don’t think for a minute that Anima Animus is odd or ugly. Dawson compares traditional ballet to Rembrandt or Leonardo da Vinci, “and of course I’m not that. I don’t want to be that; I want to be [graffiti artist] Banksy. I want to take history and show somebody my view on it.” To get there, he starts with an internal process—which leads us back to this idea of physically emotional virtuosity. In choreographing, “I feel my way through the movement,” he says. “Because for me, physicality is driven by emotion. If someone’s angry or sad, it becomes physical—it’s expressed through the body.”

In Bosso’s music, Dawson hears both hope and doom. “You are here to tell us something,” he tells the dancers. “You’re saying to the public, ‘Be careful. It’s not going to end well if you keep going this way.’” Though his message acknowledges doom, it keeps reverting to hope. He’s interested “in the power of the human being,” he says, a mindset that is, in effect, his spirituality. “I believe in the universe,” he says. “We’re energy and carbon and atomic; creation is happening all the time. That’s why I love what we do, because we’re embodying what life is all about.”

Program notes by Cheryl A. Ossola